Everything to Know About a Urethane Insulation Kit

Urethane foam insulation kits have been widely used since the 1970s, in high-tech industries, with the likes of nuclear reactor domes and cryogenic piping.

Nowadays, aside from benefiting from this type of insulation in your home, you can also apply it yourself. From features to prices to specifications, we'll reveal everything you need to know about urethane insulation.

However, before we delve in, it’s important to mention that there’s no real difference between the terms “urethane insulation” and “spray polyurethane foam insulation.” Despite the fact that the two materials differ in their chemical compositions, the terms "polyurethane" and "urethane" are often used interchangeably by professionals with regard to the general public. In fact, it's not uncommon for retailers to suggest a "DIY polyurethane foam insulation kit." This can sometimes be confusing, so just remember that the terms mean the same thing here.

Interestingly, it was the oil crisis of ‘73, coupled with the winter of ‘76 to ‘77, that brought spray urethane foam insulation to the forefront, for buildings especially. At the time, there was an urgency to find materials with high-insulating properties, that were also affordable. Urethane foam fits these criteria and still does today.

Characteristics of a Urethane Insulation Kit

The urethane foam kit, when sprayed, yields polyurethane by mixing two chemicals: polyol and isocyanate. The chemical reaction of these two liquids will produce polyurethane foam. This foam cures within minutes of its application.

How to Use a Urethane Insulation Kit

Using a spray polyurethane foam insulation kit consists of connecting one nozzle to each cylinder and then hooking the end of each hose, which is connected to a single nozzle, to the spray gun.

Once you've done this, the kit will be operational and ready to use. All that remains is for you to put on the appropriate protective gear.

What safety precautions should be taken when using a urethane insulation kit?

Polyol and isocyanate chemicals are toxic when in liquid form. Therefore, when applying polyurethane foam, the following guidelines should be followed:

If the product were to come in contact with your skin, thoroughly wash the area with warm water and soap for at least 10 minutes. If you use a solvent, the risk of injury is greater. Pay special attention when handling it, and to minimize the likelihood of skin contact, consider the areas where your skin might be exposed (for example, the area where the glove ends and the sleeve of your coveralls begins). To be adequately protected, you must wear protective gear similar to that pictured above.

Are you looking for experts for your insulation project?

Fill in this form to be connected with top-rated contractors!

Which Type of Polyurethane to Use: Spray-Form or Injectable?

Both technologies are used for the same purpose, yet they're not applied under the same conditions. Spray-on polyurethane is applied directly to a substrate: wall, floor, roof, etc. Injectable polyurethane, as its name suggests, is applied inside a cell. In other words, the process involves inserting the material inside a structure. The difference is important as the mixture used for each of these two techniques is different, especially with regard to the expanding agent.

To understand the insulating properties of a material, it's first necessary to know its R-value, which corresponds to its thermal resistance. The following chart outlines the thermal resistance of urethane foam:

As evidenced by these figures, along with a very good lambda coefficient (between 0.028 and 0.022), urethane foam ranks among the best insulation materials.

But, it does have its limitations.

What are the limitations of urethane foam insulation?

This material isn't very porous, and its phase shift is rather average.

One of the main reasons why this material has been highly valued in the industry is that it has very low air permeability, i.e. it doesn't allow moisture to permeate. Therefore, when used in cryogenic environments, it avoids condensation and ice formation.

Although it’s important that the moisture generated by residents of a home be released, there are other ways of doing so, such as airing out the house.

Another limitation of this material is its phase shift. This refers to the material's ability to retain heat transfer. For example, it determines the number of hours it'll take before the heat from outside seeps into your home during the summer months.

For standard urethane foam, the phase shift is limited to 7 hours, while the latest range of polyurethanes is barely over 8 hours. However, for quality thermal phase shift, a value between 10 and 12 hours is necessary.

Spray polyurethane is used based on its thermal and thermomechanical properties. It isn’t material with fixed properties. Research and development done by leading insulation companies are continuously ongoing, and insulating panels with a lambda coefficient of 0.020 are now available on the market.

As mentioned above regarding the limitations of urethane foam, the problem with this material's phase shift could be resolved down the line. For example, a polyurethane consisting of a mixture of glass fibres amounting to 15% of the weight is undergoing testing.

As a result of these tests, the glass transition temperature increased by 20°C. This is an important factor in determining the long-term resistance of polyurethane. In fact, polyurethane is already so resistant and durable that it's now being considered as part of solar road projects because it can be directly exposed to heat for a year without any loss in properties. Imagine the results obtained under your roof!

The advantage of using foam polyurethane is that you can apply it yourself, and therefore at a lower cost, allowing you to fully benefit from its thermal properties.

First, a distinction between two situations must be made: On the one hand, its application and, on the other hand, the events surrounding its application.

As mentioned, polyurethane is derived from mixing two chemicals: polyol and isocyanate. By mixing these two products, heat is released and causes the foam to expand at a faster rate. This process also emits diphenylmethane diisocyanate (MDI) vapours. Such fumes could, for example, trigger asthma attacks.

The Government of Canada website warns that MDI "may be considered harmful to human health" and cautioned users to use protective gear, along with ample ventilation. Hence, it's important to use personal protective equipment when using DIY spraying polyurethane foam kits.

Also, during a recent interview with Valentin Lamoulie of DuraClim (a company that specializes in cleaning, heating, cooling, and insulation), Lamoulie stated that a flawed urethane installation "can trap gases that can then be released into the home and become hazardous to one's health."

So, while the DIY insulation kit may seem like an affordable and feasible option, you should still make sure the application is done properly. When in doubt, Lamoulie mentioned that seeking "professional help is best to avoid an excessive use of urethane and to prevent over-expansion."

Risks of Polyurethane in the Event of a Fire

Once cured, polyurethane no longer poses a risk. Consequently, it's relatively safe for indoor use, except in the event of a fire. In fact, during a fire, as polyurethane burns, it releases, among other things, carbon monoxide and hydrocyanic acid.

Hydrocyanic acid cripples the nervous system, thus preventing flight, while carbon monoxide is lethal. The combination of these two gases is, in other words, extremely dangerous.

Still, these elements shouldn't drive you to use an alternative form of insulation, as polyurethane is most likely an existing component in your home already. In fact, the largest polyurethane market isn't the construction industry, but rather furniture and interior design. 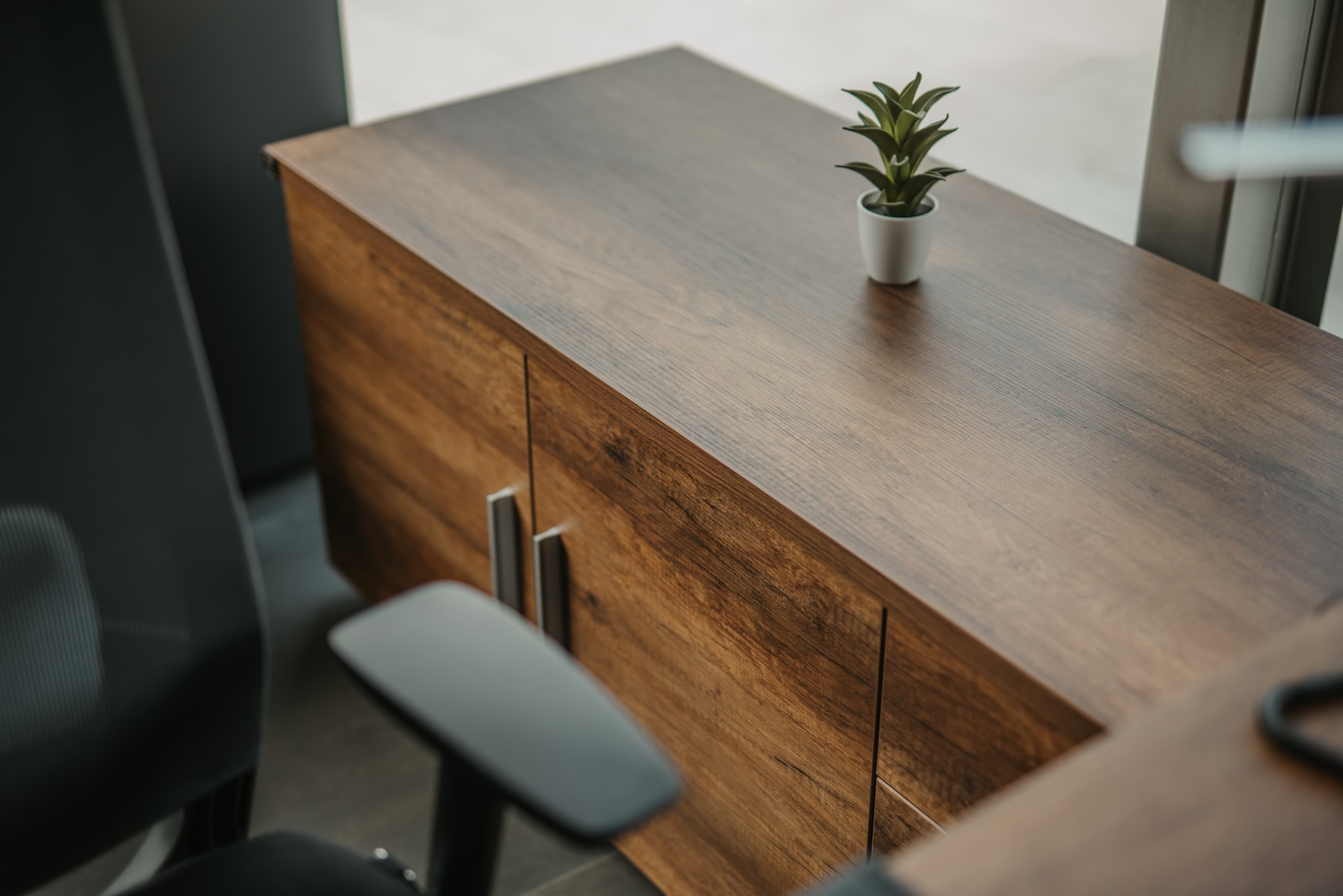 For example, polyurethane can be used to protect stained wood and enhance its colour.

Polyurethane foam provides excellent insulation at a reasonable price and can be installed by using a polyurethane or urethane insulation kit. These terms refer to a single spray foam, which has one of the lowest lambda coefficients. It also has one of the best thermal conductivity ratings. Admittedly, its thermal resistance is somewhat more restricted than that of other materials (it only prevents thermal transmission for 7 or 8 hours). Nonetheless, due to its many advantages, it's a great option to consider.

However, during the installation, precautionary measures should be upheld to minimize health risks, especially during DIY projects. According to Lamoulie, for those who are less experienced, it's better to go the route of a professional, since complex equipment is required, as well as specific know-how and training.

Price of a Urethane Insulation Kit

There are also more sizeable models available, which can cover more surface area with greater thickness. To determine the ideal thickness, you can refer to the matrix depicted in the section below.

Get 3 quotes for your urethane insulation project

Renoquotes.com can help you get quotes for your urethane insulation project. By submitting your project, we’ll put you in contact with top-rated contractors. Fill in the form on the homepage (it only takes a few minutes), and you will get estimates from trusted professionals.

Everything About Slab Insulation

How to Install a New Window

Humid Crawl Space: How to Fix It?

Insulating Exterior Walls of a House